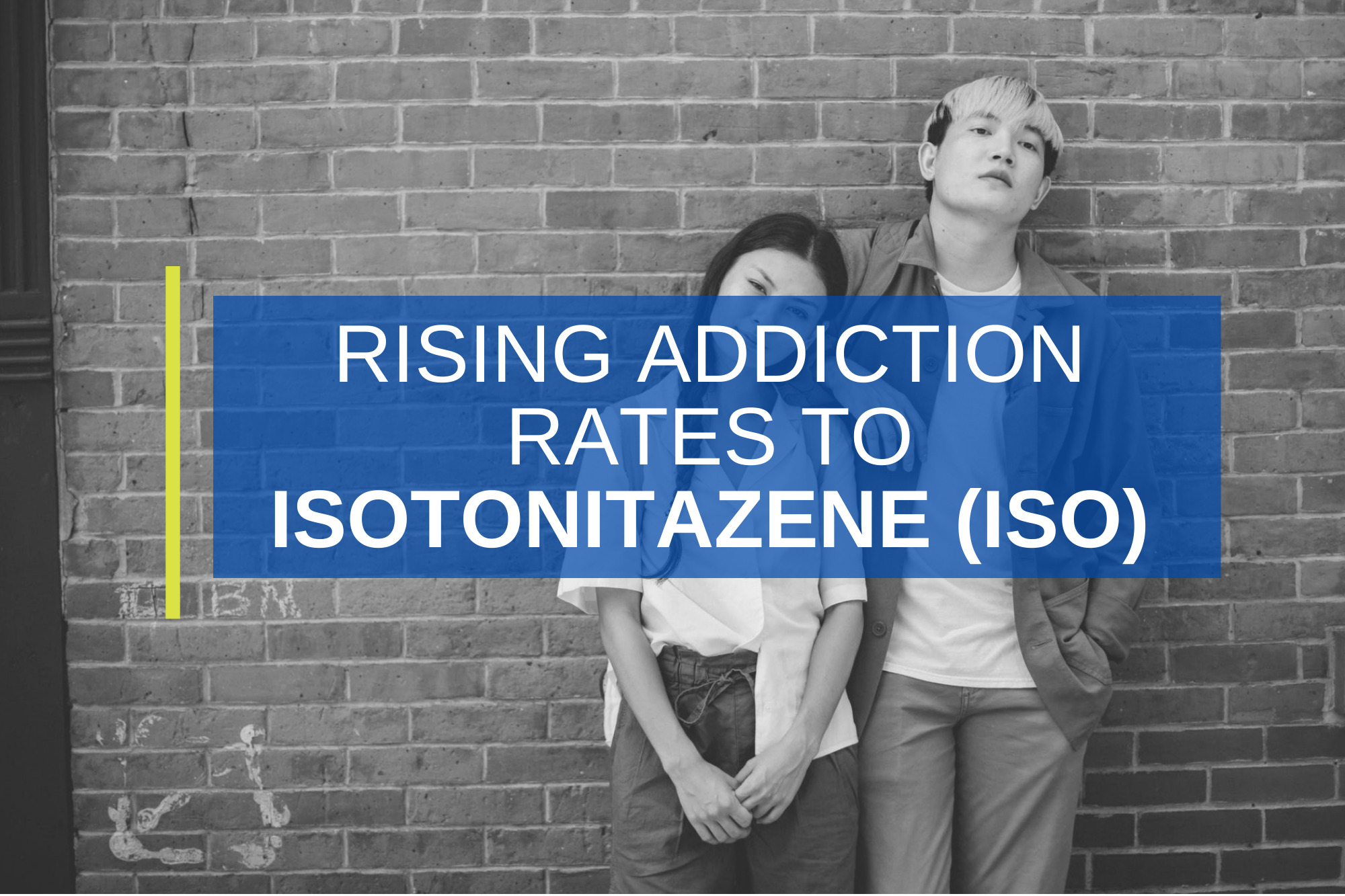 There is a relatively new opioid analgesic on the market – and its fatal impact is rising as the drug, isotonitazene, grows in popularity. Isotonitazene is now linked to between 40 and 50 overdose deaths every month across the U.S., a sharp rise from its six fatalities each month last summer. What is this new synthetic opioid, and why is it so dangerous?

Isotonitazene – more commonly known as iso – is an opioid drug with side effects similar to those of fentanyl. The drug is over 100 times more powerful than morphine. Iso is a synthetic version of etonitazene, an incredibly potent opioid that was developed in the 1950s. While etonitazene is controlled both nationally and internationally, iso isn’t yet listed on the U.S. Drug Enforcement Administration’s controlled substances list – so it remains a legal substance.

The iso drug is usually sold as an off-white powder that is cut into other drugs or sold as a legal replacement to opioids. While it’s a new synthetic opioid on the market, iso is now considered a prevalent substance across the U.S. and has been linked to many cases of fatal overdoses.

Common Side Effects of Iso Use

Like many popular opioid pain relievers, iso can cause relaxation, sedation and respiratory depression. Using iso can lead to substance dependence and addiction. The most serious risk of an iso overdose is respiratory failure, which can be fatal. The risk of death is increased when iso use is combined with other depressants, like alcohol or sedatives.

Signs That Someone Is Using Iso

The common signs of iso misuse are similar to those of many other opioid addictions. Look out for habits such as:

The Impact of Iso on the Ongoing Opioid Crisis

Iso is a relatively recent addition to the U.S. opioid crisis. While it is primarily manufactured in China and was originally popular across central Europe, it is now becoming more widespread in several American states, including Illinois. In the past year, iso was identified in the bloodstream of several Illinoians who died from an overdose.

Isotonitazene has been linked to increased numbers of deaths caused by opioid overdose. This effect is largely due to the fact that iso is highly potent yet legal across most of the country.

Rising iso usage is a concerning new element to the opioid crisis for many reasons. Because iso isn’t among the most widely used opioids, it may not trigger test strips used to assess the level of fentanyl mixed in with other illicit substances. Laced substances have been linked to a higher risk of overdose and death. Iso drug overdoses may also require several doses of naloxone in order to mitigate its potentially fatal effects.

How Is the Current Pandemic Affecting Iso Consumption?

The coronavirus pandemic has added a new layer of complexity to the ongoing opioid crisis, including the rising rates of iso consumption. Since the onset of the COVID-19 pandemic, drug overdoses and fatalities have increased across the country.

This increase may be partially due to increased rates of drug misuse as well as changes in drug suppliers. Because iso is not easy to detect, experts are seeing more fatal cases where known cocaine users purchase and overdose from cocaine that is laced with iso. In addition, rampant unemployment, economic difficulties and social isolation have kept many patients from receiving the treatment and medication they need. As a result, the presence of legal opioid-based drugs like iso has become a convenient — and dangerous — solution.

Finally, the opioid crisis used to be front-page news before COVID-19 rose to the forefront. Since the pandemic’s onset, the news media has switched gears and stopped bringing attention to the risks associated with drugs like iso. This new health crisis has left many people with substance use disorders unaware of the extent of iso’s risks.

Are you or a loved one dealing with the effects of an iso addiction? Our qualified, compassionate staff at Gateway Foundation is here to offer the support you need. With more than 50 years of experience in the Illinois area, we provide a combination of evidence-based treatments and therapies leading to positive outcomes for our clients. Our multi-faceted continuum of care and mental health-focused treatments ensure we address both the symptoms and underlying causes of any substance use disorder.

Contact our team today to take the first step to receive lifesaving care.

Considering treatment for the first time? You are not alone. Learn more about how Gateway Foundation can help you and how to get started.

Learn More
Now, is the time to get the help you or your loved ones need.Contact Us >
+