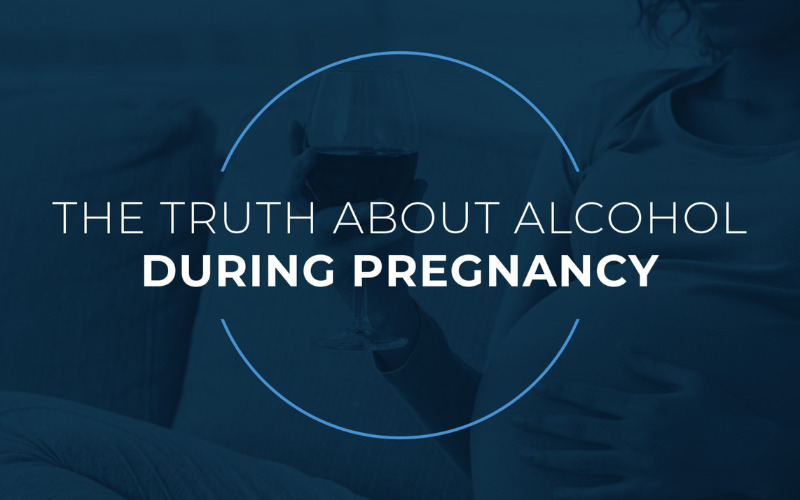 Drinking while pregnant has many known risks, but there are some misconceptions. Ask a member of one of the older generations, and they might tell you that having one drink now and then during pregnancy is safe, but modern research shows that isn’t true. Despite this, CDC data shows that drinking during pregnancy has actually risen in the last decade.

What are the effects of drinking alcohol during pregnancy, and what steps can mothers-to-be take to stop imbibing?

Effects of Alcohol During Pregnancy

Beyond the more common effects of alcohol on the body, what are the risks of drinking alcohol while pregnant?.

It can lead to poor coordination and memory for the mother, making it more likely that she will forget something important or possibly injure herself, putting the baby at risk. It can also cause premature birth, which means the baby is born before it reaches 37 weeks gestation. Premature birth can lead to several health risks, as well. Preemies are more likely to develop chronic health risks throughout their life.

Alcohol consumption during pregnancy has also been shown to contribute to higher frequencies of congenital disabilities, including heart, kidney and bone issues, hearing and vision problems, and facial abnormalities. As these children grow, behaviors like hyperactivity are common.

Why should pregnant women avoid drinking alcohol? In the worst-case scenario, alcohol consumption during pregnancy can also trigger miscarriages, which means loss of life in the womb before 20 weeks. It can also lead to stillbirth, which is defined as death after 20 weeks.

What Alcohol Is Dangerous

Any and all alcoholic beverages can be dangerous for a woman to consume during pregnancy. You might wonder, can pregnant women drink wine? Can pregnant women drink beer? The answer is no. You should avoid beer, wine, wine coolers and liquor, as well as mixed drinks and any combination of the previously mentioned liquids.

How Does Alcohol Affect a Fetus?

Old wisdom might state that a single drink was safe for mom and baby, but modern studies show that any amount of alcohol is unsafe during pregnancy. Alcohol consumed by the mother enters the baby’s bloodstream in the same concentration, meaning if the mother’s blood alcohol concentration (BAC) is 0.08 — the legal limit in most states — the infant’s is the same. In addition, it takes the baby’s body twice as long to eliminate alcohol from its system.

The more alcohol the mother drinks, the higher the potential damage.

When Alcohol and Pregnancy Is Risky

Alcohol can be dangerous for the fetus during all stages of pregnancy. This includes the very beginning before the mother knows she’s pregnant, throughout the pregnancy until right before birth.

Tips to Stop Drinking During Pregnancy

Like other addictive substances, alcohol is difficult and even dangerous to quit, but there are steps that a mother-to-be can take to reduce her dependency. Start by staying away from situations where people typically drink. When this isn’t possible, plan for alternative drinks — even if that means bringing your own beverages to an event.

At home, get rid of alcohol you would normally keep around, including things like wine you usually have on hand for cooking. Finally, ask for support from family and friends if you’re struggling.

Drinking alcohol while pregnant can put both the mother and child in danger and should be addressed immediately. If you or someone you know is struggling with addiction, Gateway can help.