Lake Villa, IL, is an excellent place to live, but even people living in the best cities can struggle with addiction. Addiction can have significant adverse effects on every aspect of your life, including your physical and mental well-being, relationships and career. Even though addiction can seem overwhelming, there is hope and recovery is possible.

Addiction is a complex disease that can impact anyone, leading to severe and long-lasting effects. Some of the Lake Villa, IL, top addictions include the following.

Despite alcohol’s prevalence and ready attainability, it is not a harmless substance. Frequent or excessive alcohol use and binge drinking can lead to alcohol addiction because alcohol can significantly affect brain chemistry and lead to physical and mental dependence. When someone has an alcohol use disorder, they will experience cravings and withdrawal symptoms when they stop drinking or decrease their alcohol use. Common signs of an alcohol use disorder include the following: 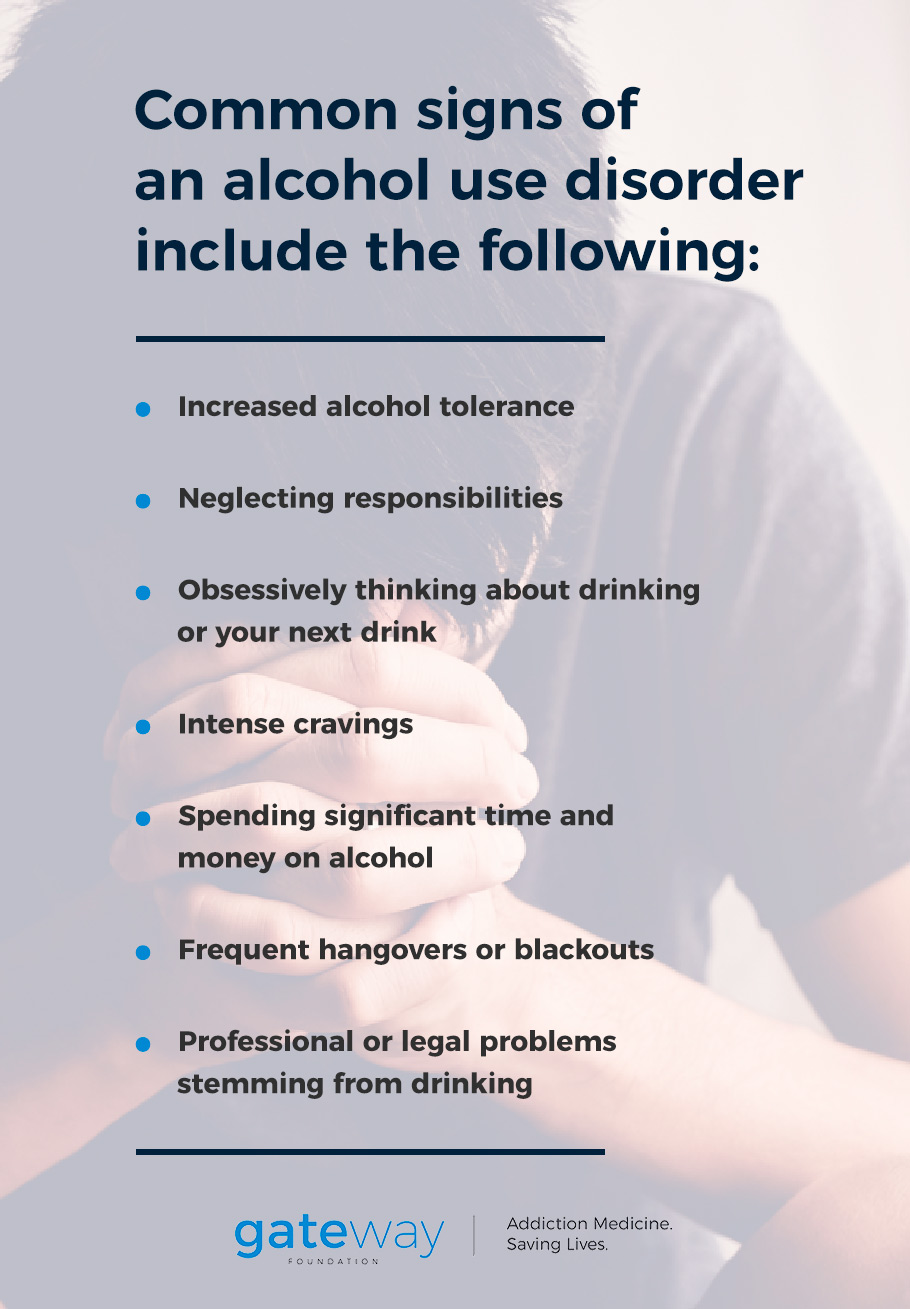 Alcohol withdrawal can be dangerous without medical supervision. The safest and most effective way to recover from an alcohol use disorder is with the help of medical professionals. A person who struggles with alcohol use disorder can pursue recovery through various treatments, including medication-assisted treatment, 12-step support, behavioral therapy, motivational interviewing, trauma therapy and group and individual therapy.

More than half of U.S. states have legalized marijuana for medicinal and recreational use, and many believe pot is not addictive. However, it can lead to a marijuana use disorder, especially when a person begins using cannabis as an adolescent. Someone who develops a dependence on marijuana will experience withdrawal symptoms when they stop using it, including:

Marijuana is more potent than it used to be. Since the 1990s, the THC levels in marijuana have increased from less than 4% to over 15%. The more THC people consume at a time, the more it affects their brain and causes dependency to develop. A person who struggles with a marijuana use disorder can work toward recovery through various treatment options.

More than 8 million people die due to tobacco use each year. Of these deaths, more than 7 million directly result from tobacco use, but approximately 1.2 million result from secondhand smoke exposure. There are various forms of tobacco, such as cigarettes, e-cigarettes, pipe tobacco, smokeless and other tobacco products.

Tobacco products are addictive because they contain nicotine, which releases dopamine in the brain and creates sensations of pleasure. Over time, a person using tobacco products will develop a tolerance and a dependence on tobacco and need more of it at one time to create the same pleasurable feelings. Tobacco use presents several health risks, including the following:

Cocaine is a highly potent stimulant drug that affects the nervous system. It creates an intense feeling of euphoria through the combination of dopamine and other chemicals that bring about pleasure and reward in the brain. Cocaine is addictive, and only one use can cause dependence and intense cravings. When people use cocaine, they can inject, snort, smoke or swallow it in pill form. Cocaine can cause the following health conditions:

When a person struggling with cocaine use disorder stops taking this drug, they can experience general discomfort, fatigue, depression, agitation, restlessness, increased appetite and slowed physical activity. People can take steps toward recovering from cocaine use disorder through treatments such as medication-assisted treatment, individual therapy, group therapy, social services and other forms of treatment.

Opioids attach to opioid receptors in the spinal cord, brain and other organs. They activate these receptors to block pain signals and release dopamine in the brain, creating increased feelings of pleasure. Doctors prescribe opioids to treat pain, but prescription opioids can cause the following side effects:

When someone misuses prescription opioids, they can also develop a condition known as hypoxia. Hypoxia occurs when breathing slows down and prevents enough oxygen from getting to the brain. Hypoxia can cause permanent brain damage, coma or death. Misusing prescription opioids often leads to heroin use because it can be cheaper and easier to obtain than prescription opioids. Prescription and illegal opioids are highly addictive and cause mental and physical dependence.

Opioid use can cause physical dependence and drug tolerance, but the amount of time it takes to become dependent or develop a tolerance depends on each individual. Withdrawal from opioids can cause the following symptoms:

To recover from opioid use disorder, individuals can seek treatments such as medication-assisted treatment and behavior therapies such as individual counseling, group counseling and cognitive behavioral therapy.

People can seek recovery from opioid use disorder through addiction treatment specialties and general practices such as medication-assisted treatment, behavioral support, individual and group therapy and community resources.

Methamphetamine is a stimulant drug that increases wakefulness. It releases dopamine, which creates pleasurable feelings and rewires the brain to make a person feel they need to keep taking the drug to maintain their sense of euphoria. It also causes various adverse effects that include the following:

Since 2010, the number of methamphetamine labs in the United States has decreased, but people can still obtain the drug, as higher quantities of it come from other countries such as Mexico. Between 2010 and 2017, researchers found that the number of arrests for methamphetamine-related offenses in Illinois nearly tripled.

Some hallucinogens are synthetic, or human-made. Others derive from mushrooms or plants. Classic hallucinogens include D-lysergic acid diethylamide, N-dimethyltryptamine, 251-NBOMe, psilocybin and peyote. Dissociative drugs include ketamine, salvia, dextromethorphan and phencyclidine. People use hallucinogens by smoking, eating them raw, swallowing them in pill or liquid form, brewing them into tea, snorting, injecting, inhaling or absorbing substances through the inside of the mouth.

Classic hallucinogens affect people by disrupting communication between the chemical systems within the spinal cord and brain. They affect serotonin in the brain, which controls sensory perception, hunger, sleep, mood, control of the intestinal muscles, body temperature and sexual behavior. Dissociative drugs affect glutamate, a brain chemical that controls emotion, memory, learning, responses to the environment and perception of pain.

The effects of classic hallucinogens can last up to 12 hours, and they can include the following:

Classic hallucinogens can also cause psychosis, or the sensation of being disconnected from reality, and paranoia, which is unreasonable and intense distrust of others. In some cases, they can cause long-term effects such as persistent psychosis and hallucinogen persisting perception disorder. Persistent psychosis causes recurring mental disturbances such as disorganized thinking, changes in mood, paranoia and visual disturbances. HPPD can cause flashbacks to drug experiences, such as hallucinations. These flashbacks can happen within a few days to a year after using hallucinogens, and they often occur suddenly and without warning.

In addition to hallucinations, dissociative drugs can cause effects that include the following:

In addition to these effects, dissociative drugs can cause weight loss, depression, suicidal thoughts, memory loss and trouble with speech. PCP in high doses can lead to coma, seizures or death in some cases. When people use classic hallucinogens or dissociative drugs, they can also experience severe harm because the feelings these substances create can lead them to do dangerous things they wouldn’t otherwise dream of.

Some hallucinogens can be addictive, and others can cause people to develop a tolerance. PCP use can create withdrawal symptoms such as headaches, cravings and sweating.

How to Get Help If You Are Struggling With Addiction in Lake Villa, IL

If you or a loved one is caught in the cycle of addiction, there is hope. Recovery is possible if you take the time to seek help and work toward overcoming self-destructive behavior. To get treatment for substance or process addictions, you can take the following steps.

Acknowledge That You Are Struggling With Addiction

The first step to getting help is recognizing and accepting that you have a problem you can’t solve yourself. Feelings of shame and guilt can hold you back from a successful recovery, so it’s vital to remember that you are not alone and addiction is not a weakness, but a treatable illness. Admitting that you need help is not surrendering. Instead, it is a brave step toward a new life.

It’s also critical to acknowledge any mental health conditions you struggle with. Disorders such as depression and anxiety can cause and exacerbate addiction. If you notice any feelings of depression or anxiety, you will have a more successful recovery when you treat these conditions alongside the addiction.

Reach out to Loved Ones You Trust

Talk to trusted friends, family or community resources. Though it’s challenging to broach the topic of addiction with loved ones, be honest about your feelings and experiences. Let them know how they can support you, whether it’s helping you look into treatment options, giving you advice or merely providing a shoulder to lean on.

Addiction can be confusing for loved ones as well, so they might not know the best ways to help you, or they may feel hurt or angry. Remain calm as you listen to what they have to say and acknowledge their feelings. Being honest with them can help them understand your struggles and support you in any way they can.

If you already have a treatment center in mind, discuss it with those who are close to you. Your loved ones can also be an excellent resource if you need help deciding your next steps. From residential to outpatient treatment, there are many options to choose from. Medical professionals can create a tailored addiction treatment plan based on your individual needs.

Medication-assisted treatment may ease withdrawal symptoms, and complementary approaches such as therapy can help you work through any mental health conditions or other emotional needs you may have during recovery. At Gateway Foundation, we design evidence-based treatment programs and services to address our clients’ emotional, physical and social needs.

Pursuing recovery is one of the best decisions you can make. A quality treatment facility can help you end your physical and emotional dependence on substances or behaviors and work toward health and happiness. Contact Gateway Foundation to learn more about how we can support you on your recovery journey. At Gateway, we are with you for life.