Symptoms of Alcohol Use Disorder

You are here:
AddictionAlcohol Addiction TreatmentTreatment 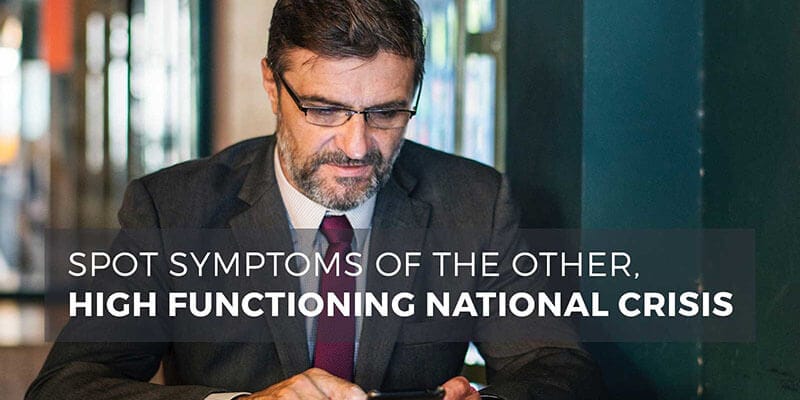 The opioid crisis has been staking headlines across national and local media, but another substance has been quietly taking lives by the thousands for years: alcohol. In 2016, more than an estimated 64,000 people died from drug overdose; meanwhile, an average of 88,000 have died from symptoms of alcohol use disorder every year.

Symptoms of Alcohol Use Disorder

Alcohol use has been more normalized compared to other substance use. Because alcohol has become ingrained in mainstream American culture, it has become harder for people to distinguish between someone who enjoys having drinks in moderation and a person who is suffering from alcohol addiction. Further, the stereotype of an “alcoholic” at rock bottom who drinks all day and can’t hold a job does not reflect the vast majority of people living with alcohol use disorders.

One of those people could be your boss, who comes to work on time every morning, cleanly shaven and impeccably dressed, and finishes every task—then goes home and drinks bottles and bottles of beer. Or your neighbor down the street, who juggles raising kids and working a full-time job while never missing a single one of their games, but drinks an entire bottle of wine after putting them to bed.

The reality is that we all most likely know someone struggling with or affected by alcohol addiction. About 16 million people in the United States have alcohol use disorder, ranging from mild to severe. However, less than 15 percent of people receive any treatment.

11 Questions about Alcohol Use Disorder

Alcohol does not affect everyone the same way. While every addiction story is different, these 11 questions can help you distinguish whether enjoying drinks in moderation has turned into a problem:

There are three categories for severity of alcohol use disorder: mild, moderate and severe. Even if you or someone you care about is experiencing a mild case—the presence of two to three symptoms—seek out professional addiction treatment programs.

This April, Alcohol Awareness Month, let’s all reconsider the use of alcohol in our lives. To learn more about the symptoms of alcohol use disorder, call Gateway at 877.505.4673.