Can I Avoid Cocaine Withdrawal Symptoms if I Quit? 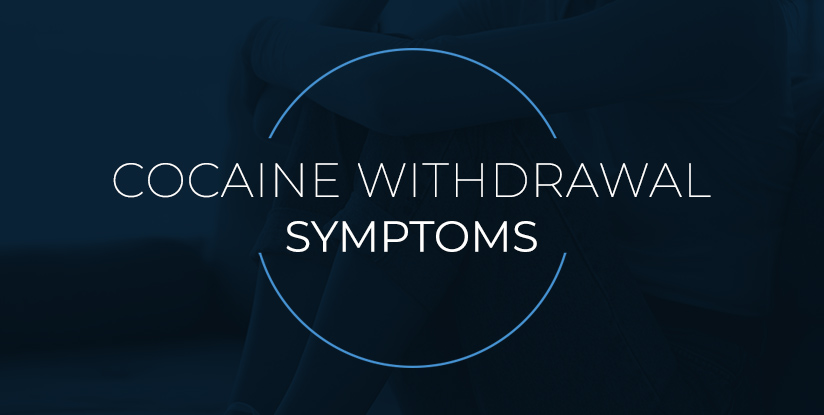 Cocaine is a powerful stimulant, and as you’re likely aware, quitting cocaine is probably one of the most difficult things you will ever do. You’re not alone. Approximately 1.5 million people use cocaine in the United States at least once a month. You don’t have to be one of them.

Right now, you might be trying to talk yourself out of quitting cocaine. Maybe you’re worried about your friendships that revolve around the drug, or how you’re going to cope without that energetic high. Perhaps you’re trying to convince yourself that there’s no point because you won’t be able to stay sober long-term anyway. The biggest worry for many who are starting the path to recovery is the symptoms of cocaine withdrawal, the effects you’ll experience as the drug leaves your body.

We won’t lie to you here. Cocaine withdrawal is often incredibly uncomfortable, but it’s a necessary step on your path toward recovery. What are the withdrawal effects of cocaine, how can you manage them and why is this uncomfortable step so essential for your recovery?

While the severity of your symptoms will depend on the length of time you’ve been using the drug, common cocaine withdrawal signs include:

Cocaine works by increasing the amount of dopamine the brain produces. In a healthy brain, dopamine is released and then recycled back into the cell that it came from, cutting off the signal and stopping your brain’s reward circuit from becoming overloaded. Cocaine works by preventing the dopamine recycling process. Your brain’s reward center gets short-circuited and eventually adapts to the excess dopamine in your system. That’s why long-time users have to take higher and more frequent doses to get the same high.

When you use cocaine for any length of time, your body begins to become dependant on the presence of the chemical. It forgets how to regulate its own hormones, so when you stop taking the drug, your brain gets a crash-course on dopamine regulation and has to re-learn how these systems work. It’s not uncommon for cocaine depression to set in, making it difficult for users to stay clean.

Withdrawal symptoms start within six to twelve hours after your last dose of cocaine. They tend to peak at around 36 hours and can last up to a week or more. Some users experience these symptoms for weeks or longer, a condition known as post-acute withdrawal syndrome, after a cocaine detox.

When it comes to dealing with cocaine withdrawal symptoms, seeking out the help of a professional rehab is your best course of action. Not only will they have the tools to help decrease your discomfort, but their personnel can lend a supportive hand to help you through this process.

Additionally, professional rehab programs have doctors on hand to watch for rare or dangerous cocaine detox symptoms that might threaten your health. They also ensure that you’re eating a healthy diet and drinking enough water to flush the toxins out of your body.

Medical withdrawal programs help you get away from the harmful influences in your life that might make recovery harder. This process enables you to make it through your withdrawal period without temptations that might derail your plans.

If you’re addicted to cocaine, then you’re not alone. Presently, the NIDA states that 1.5 million Americans use cocaine at least once per month. Help is available to quit cocaine for good at Gateway. Notably, our cocaine withdrawal treatment centers in Illinois have been open for 50 years. We have friendly, knowledgeable clinicians ready to plan your Addiction Treatment. Immediately, we’ll get you started in a customized, holistic care program. Most insurance policies cover our accredited services, such as: